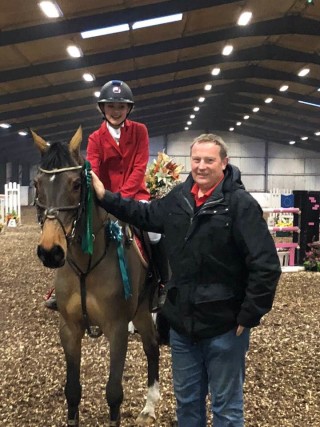 Thirteen-year-old Madison Heath partnered with her father Graham Heath’s fourteen-year-old bay gelding, Cisco Bay II and they were the winners of the qualifier held on the second day of the show.

The initial line up saw twenty-seven competitors come forward but just two made it through to the final round. Madison has only recently made the transition onto the 148cms ponies, proving she has already formed an unstoppable partnership with Cisco Bay, crossing the finish line in 37.00 seconds and the only ones to deliver a treble clear.

Madison has high ambitions for the future and is always keen to attract new sponsors to help her achieve her ultimate ambition of competing at Olympic level.