At Graham Heath Equestrian we’re keen to ensure the next generation of showjumpers have everything they need to hone their skills, which is why we’re proud sponsors of several young British riders. These include our very own Bobbie Heath, who rides for Great Britain, and her sister Maddie. 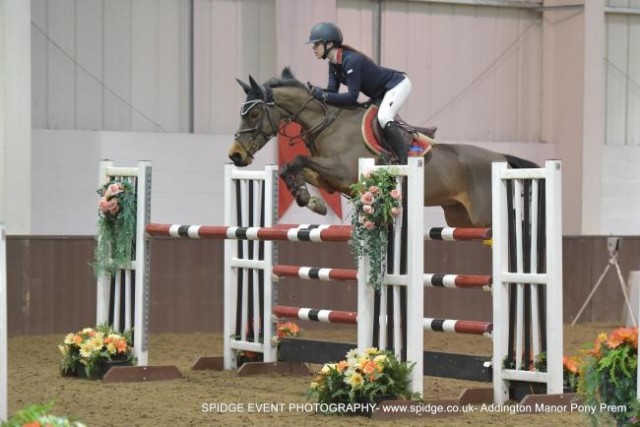 Bobbie and Antonia Platt forged ahead of their competitors to take a victory apiece after producing clear rounds. As part of a 50-strong starting field, each rider was vying for a sought after qualification spot for a championship, that will be held during the British Masters International Horse Show, also at SouthView Equestrian Centre (30th June – 2rd July 2017).

Bobbie used her final draw to full advantage and she battled 27 keen combinations to become one of just six riders to make it through to the final jump off.  Holding her nerve, Bobbie rode 13-year-old bay gelding, Cisco Bay II, to a fast and accurate treble clear in 43.17 seconds.

Full Results were as follows:

We’re extremely proud of both Bobbie and Maddie and can’t wait to see what else they’ll achieve in 2017!